Sudan on the road

It took around 7 hours of waiting and flying, but finally the dry African heat of the 18 managed to make itself heard.
Indistinguishable voices, different perfumes, bright colors, “scarab” signs, piped prayers from loudspeakers precariously fixed to the walls, businessmen in elegant suits and veiled women with hands adorned with black and necks embellished with showy yellow gold, very calm children (the same ones who cried for hours during the flight). This was my first impact with Khartoum , Sudan . 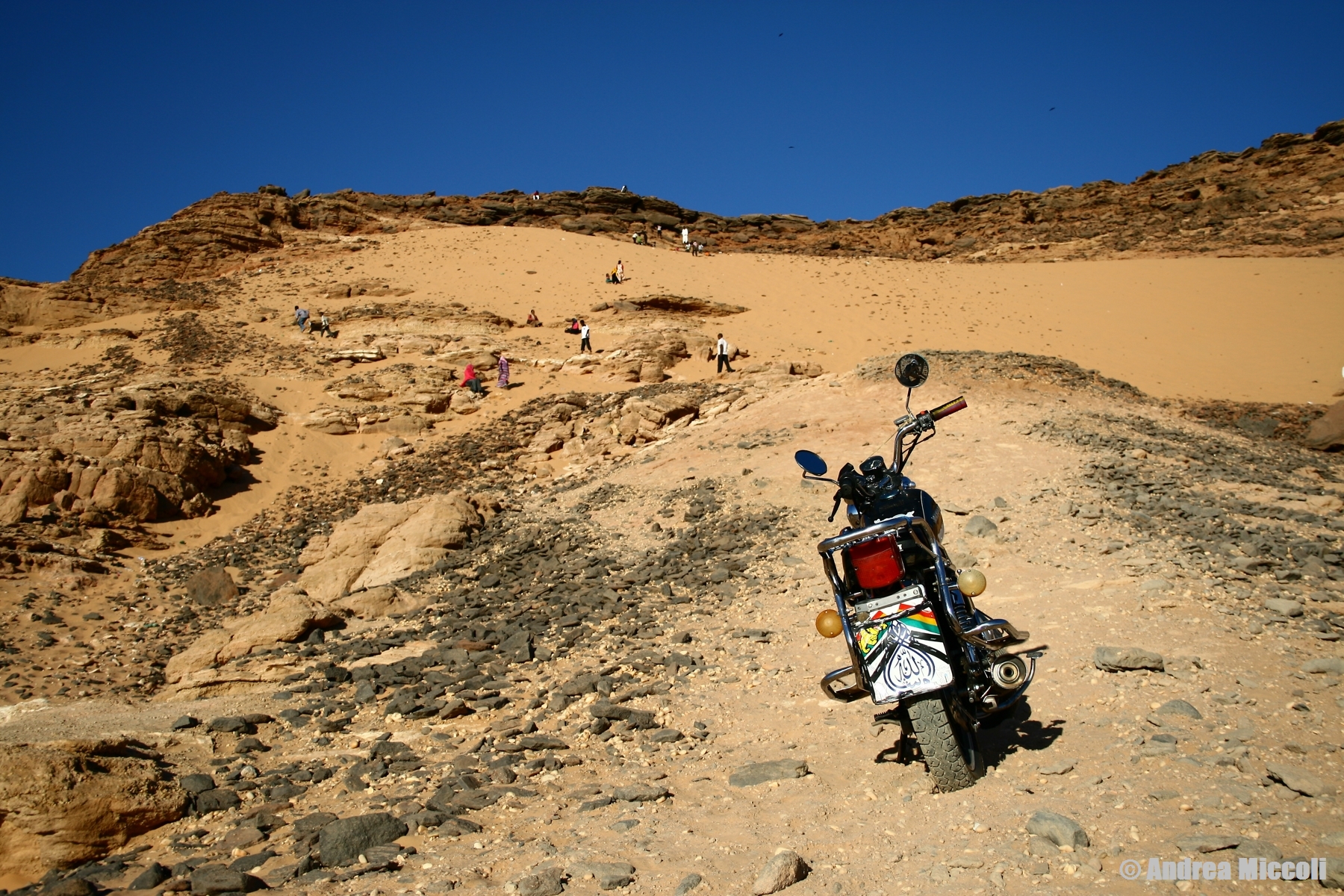 It will seem egocentric but as soon as I arrived I felt many eyes focused on me. Then, looking back, it was not so unusual. Diversity attracts much more than everyday life, we know, and skin, hair and clothes so different are highlighted; behind all those looks, however, there was only a great curiosity. They certainly thought what I was doing there since Sudan tourism is not so widespread .

Along the road that ran to the house that we would use as a base I enjoyed noticing the many battered cars that overtook to the right, their red lights and the green lights of the traffic lights. The rest was dust and had a scent all its own …

The light of the next morning was too strong and to be able to see the 4 × 4 parked just outside the gate you had to squint. Experienced hands had already loaded it meticulously, given the experience of desert adventures in the past: on the luggage racks, sleeping bags, camping table and chairs, while the back had turned into a restaurant.
Our goal was precise but at the same we had not given the limits to be respected. We only knew that we would head north and that we would be in the desert, in the Nubia region, in the pyramids, in the remote villages (which are those where life, as we understand it, is impossible).

Khartoum was not as I expected it . Probably my expectations corresponded to those of anyone else thinking of Sudan: city, to call them with a euphemism, small and messy. Instead, the first surprises: apart from the size and population of 5 million people, the road that accompanied us to the gates of the city was wide and after all clean. Poverty, however, you could see, this is obvious .. Always from the window I looked out and I took care not to put too much emphasis on my camera, especially near the police.

For many kilometers, mini-markets have been the master along with many small shops (with their faded signs, their goods mainly based on fresh fruit and dates, exposed with precarious balance, and a few drinks).
There was no precise boundary, one could not say where the city ended and nothing started . It was only noticed that the number of machines decreased and that of the goats increased. Then, all of a sudden, only the dunes .